For the first time since the series began in 1993, Empire of Angels arrives on console!

As the latest entry in the storied tactical RPG franchise, this updated edition of Empire of Angels IV features lush 3D graphics, strategic turn-based combat and a huge cast of gorgeous female characters.

Offering a fresh perspective on the history of Asgard, Empire of Angels IV reintroduces its lore, characters and mechanics with no prior knowledge necessary to enjoy this brand new adventure. Deep fantasy-themed political intrigue and the looming terror of war are balanced by light-hearted character interactions, slice-of-life humor, alluring designs and the ability to shatter your all-female opponents’ armor!

Join the Namtar Investigation Team as they patrol the Land of Asgard to maintain order against a plague that drives ordinary people to mindless violence. After Niya, captain of the Valkyrie Kingdom’s legion, witnesses a shining orb fall from the sky, everything she understands about Asgard’s history and fragile peace is called into question. Accompanied by trusted allies as well as new friends, Niya leads the team in a world-spanning mission to uncover the truth, all as the mysterious plague threatens to tear them apart. 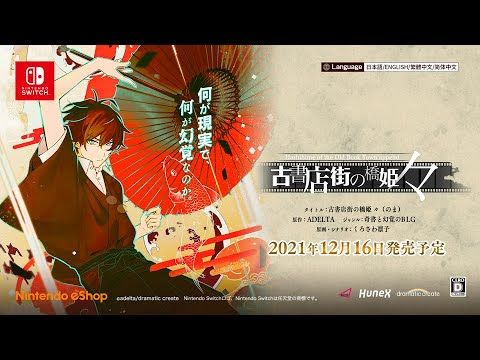 Tamamori came to Tokyo with his sights set on getting accepted to the Imperial University. However, he doesn’t pass the entrance exam, and is so undisciplined and wrapped up in endless fantasies that he’s kicked out of his boarding house after only two years. Through a stroke of luck, Tamamori begins to live and work at Umebachidou, a used book store. There, he enjoys whiling away his time as a “student preparing for entrance exams” and taking advantage of friends who are also from his hometown. But one right after the other, mysterious deaths befall those friends, and, realizing he’s been repeating the same rainy three days over and over again, Tamamori finds himself racing throughout Jinbochou to scoop them. In this pop-occult mystery that surrounds the deaths of his friends… Buy Hashihime of the Old Book Town
Read more 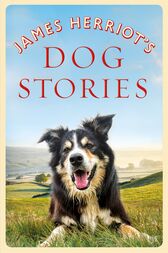 As a little boy, climbing through the lochs and mountains of Argyll with his Irish Setter Don, all James Herriot wanted to be was a ‘dog doctor’ so he could care for man’s best friend. In this classic collection of stories, we are introduced to some of the dogs who won a special place in the country vet’s heart – from Tricki Woo, the little Pekinese suffering from ‘flop-butt’ to Clancy the dog who nobody would go near and Gyp, the sheepdog who only ever barked once in his life. They’re joined by lovable dogs of all breeds, shapes and sizes, celebrating the limitless affection and loyalty of our closest companions. Filled with magical storytelling and from the treasured author of All Creatures Great and Small, James Herriot’s Dog Stories is told with his usual wit and human compassion – the perfect gift for dog-lovers everywhere. Buy James Herriot's Dog Stories
Read more

A View to a Kilt by Wendy Holden 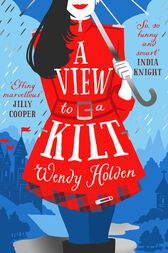 London's most glamorous glossy magazine is in trouble. Advertising revenues are non existent, and if editor Laura Lake can't pick them up, she's out of a job. According to those in the know, Scotland is having a fashion moment. Smart spas are offering porridge facials, and a chain of eco-hotels is offering celebrity bagpipe lessons. So Laura's off to a baronial estate in the Scottish Highlands to get a slice of this ultra-high-end market. It's supposed to be gorgeous, glitzy and glamorous. But intrigue follows Laura like night follows day. And at Glenravish Castle – a shooting lodge fit for a billionaire – Laura finds herself hunting for a scoop that won't just save her job, it could save her life... Buy A View to a Kilt
Read more