Showing posts from January, 2020
Show all

Through Waters Deep (Waves of Freedom Book #1) by Sarah Sundin 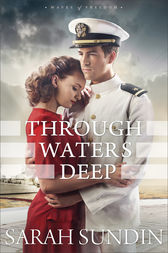 It is 1941 and America teeters on the brink of war. Outgoing naval officer Ensign Jim Avery escorts British convoys across the North Atlantic in a brand-new destroyer, the USS Atwood. Back on shore, Boston Navy Yard secretary Mary Stirling does her work quietly and efficiently, happy to be out of the limelight. Yet, despite her reserved nature, she never could back down from a challenge. When evidence of sabotage on the Atwood is found, Jim and Mary must work together to uncover the culprit. A bewildering maze of suspects emerges, and Mary is dismayed to find that even someone close to her is under suspicion. With the increasing pressure, Jim and Mary find that many new challenges--and dangers--await them.

Sarah Sundin takes readers to the tense months before the US entered WWII. Readers will encounter German U-boats and torpedoes, along with the explosive power of true love, in this hopeful and romantic story. 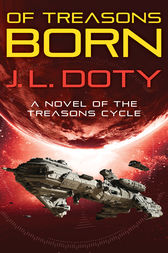 “An excellent military SF novel, part Hornblower, part Wiggins. It had me from the first page and held on for the rest of them” (Kevin J. Anderson, New York Times–bestselling author).

As a lifer in the Imperial Navy fighting in a war that has lasted for generations, York Ballin’s only hope for an honorable discharge is the grave. But what events led up to his reluctant enlistment? What spawned York’s almost fanatic loyalty to his friends—and his doubts regarding the imperial uniform he once wore with such pride?

York rarely recalls his childhood, which began with a mystery and ended at age eleven when he was given a harsh choice: Join the navy or face certain death on a prison asteroid. The navy has its own code of justice, but a youngster with curiosity and grit is able to rise in the ranks . . . if he’s given a fair shot.

A few rigorous years later, as a newly commissioned ensign, York is assigned to the hunter-killer ship The Fourth Horseman. But when an …
Read more 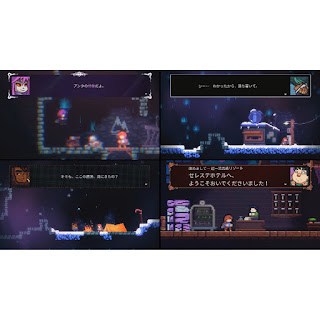 Help Madeline survive her inner demons on her journey to the top of Celeste Mountain, in this super-tight, hand-crafted platformer from the creators of multiplayer classic TowerFall.

This is it, Madeline. Just breathe. You can do this.

* A narrative-driven, single-player adventure like mom used to make, with a charming cast of characters and a touching story of self-discovery
* A massive mountain teeming with 600+ screens of hardcore platforming challenges and devious secrets
* Brutal B-side chapters to unlock, built for only the bravest mountaineers
* IGF "Excellence in Audio" finalist, with over 2 hours of original music led by dazzling live piano and catchy synth beats
* The controls are simple and accessible - simply jump, air-dash, and climb - but with layers of expressive depth to master, where every death is a lesson. Lightning-fast respawns keep you climbing as you uncover the mysteries of the mountain and brave its many perils 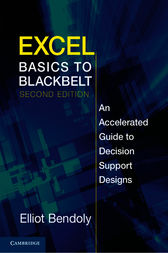 This second edition of Excel Basics to Blackbelt capitalizes on the success of the first edition and leverages some of the advancements in visualization, data analysis, and sharing capabilities that have emerged over the past five years. As with the original text, the second edition is intended to serve as an accelerated guide to decision support designs for consultants and service professionals. This 'fast track' enables a ramping up of skills in Excel for those who may have never used it to reach a level of mastery that will allow them to integrate Excel with widely available associated applications, make use of intelligent data visualization and analysis techniques, automate activity through basic VBA designs, and develop easy-to-use interfaces for customizing use. In other words, this book provides users with lessons and examples on integrative Excel use that are not available from alternative texts.