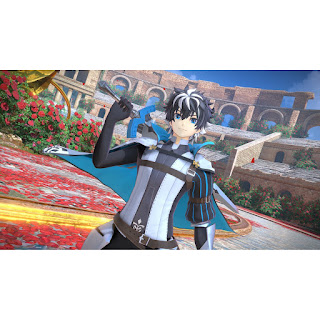 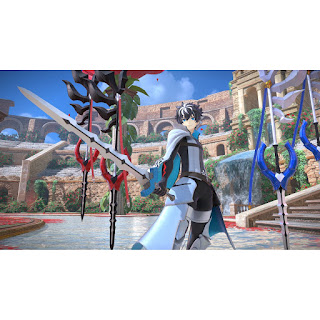 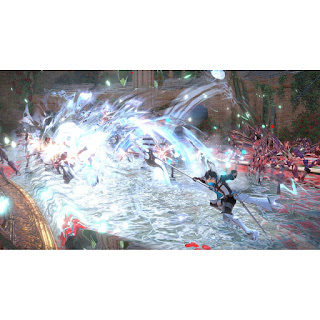 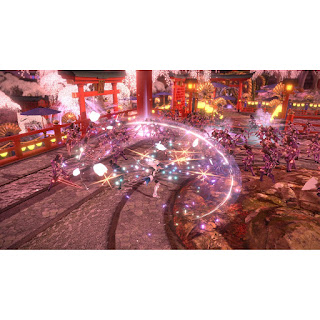 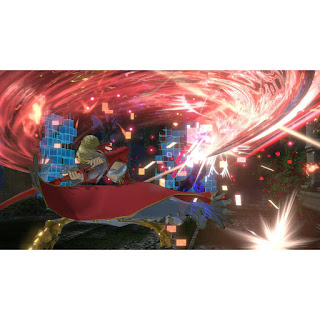 Picking up where the story ended in Fate/EXTELLA: The Umbral Star, Fate/EXTELLA LINKexpands the roster of playable Servants with 10 new legendary heroes added to the original selection of 16.

These new Servants hail from other entries in the Fateseries and include the likes of Astolfo, Scàthach, and Francis Drake. The high-speed action gameplay of Fate/EXTELLA: The Umbral Star continues with improved visuals and new battle mechanics in both single-player and an added multiplayer mode supporting 4-on-4 online battles.

Players will also be able to move freely around their new base camp—a medieval cathedral suspended in the sky—and interact with Servants to build bonds with them, taking on side missions that further flesh out their backstories.

* A New Story Centered on New Servant Charlemagne - A carefree young man who rather bluntly says he is not very well suited to be king. He decides his actions and aesthetic based on “whether it’s cool” or “whether it’s tacky.” Even if it’s bad for himself, or bad for his Master
* Reborn Action and Graphics: High-Speed Servant Action - A further enhanced system with evolved graphics and controls centered on Servant-based action. A new battle of Servants will unfold in the next version of the moon world
* All 16 Servants from Fate/Extella are Playable - In addition to all 16 playable Servants from Fate/Extella: The Umbral Star, new Servants will also be playable. Defeat thousands of enemies with overwhelming power beyond human understanding
* New Outfits for the “Master,” the Player Avatar - The “Master” is the protagonist and player character, and together with their Servant will spin a new tale. Not only can you choose from a male or female Master, since you can also freely change their name, an offshoot of the player themselves will appear in the game
* The Moon’s World - The territory ruled over by Nero and Tamamo is even more wonderful and gorgeous. And newer than that, buildings reminiscent of churches seem to be appearing. A new area will also appear. It appears to float in midair and seems to be able to freely move around