Showing posts from December, 2018
Show all

You Have the Right to Remain Silent by Barbara Paul 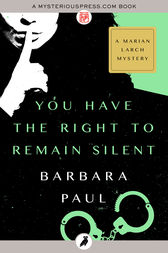 Marian Larch is tired of murder. This NYPD veteran has seen the worst the city has to offer, and she's not sure she can stand another day. Temporarily assigned to the chaotic Ninth Precinct, Larch is saddled with a callous lieutenant and a partner who can't stand working with a woman. Just coming to work every day is becoming a trial – but it's about to get a whole lot worse. In the concrete jungle of Alphabet City, East River Park is a rare strip of green. When four well-dressed men are found there, handcuffed together and shot through their eyes, it's up to Larch to find their killer. They were employees of a top-flight tech firm with ties to the US government, and their deaths were meant as a warning. But who was the warning intended for? Answering that question will show Larch that as rotten as the Big Apple can be, it has nothing on Washington. You Have the Right to Remain Silent is the 4th book in the Marian Larch Mysteries, but you may enjoy reading the series
Read more 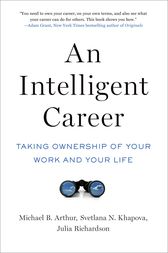 Taking Ownership of Your Work and Your Life Written by three career experts, An Intelligent Career is a playbook for the modern knowledge worker, providing a complete guide that will allow workers to take a composite, dynamic view of a life's work in the 21st century."Knowledge work" is fundamental in today's economy. It is the basis for long-term success in the global economy and it drives the collective brainpower through which goods and services are delivered. And today, knowledge work requires much more than a college degree: it means understanding the changing nature of work and employment, and the processes through which knowledge is generated, transferred, and applied. It means understanding new career possibilities, more dynamic work arrangements, and the growing demand for knowledge work around the globe. It means navigating work life with an authenticity that replaces any straightforward loyalty to a single employer, and instead calls for better understan
Read more

A Season of Knives by P.F. Chisholm 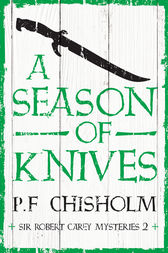 In 1592, Sir Robert Carey, a handsome courtier fleeing his creditors, his father's wrath, and the close scrutiny of his Queen, came north to Carlisle to take up his new post as Deputy Warden of the West March. The presence of his true love, the married Elizabeth Widdrington, was no mere coincidence. Before long, Sir Robert was up to his ruff in horse rustling and treason (A Famine of Horses), but he sorted that out with dispatch. Now he's in trouble again. The rowdy Grahams plan to kidnap Elizabeth as she journeys home to her husband. While Sir Robert storms out to stop them, someone murders the man he has just sacked from his post of paymaster to the Carlisle garrison. When Sir Robert returns, he finds his servant Barnabus slung into the castle dungeon, accused of the crime, and his arch enemy Sir Richard Lowther scheming to have Carey arrested for masterminding the murder... When even faithful Sergeant Dodd is prepared to believe he did it, the courtier finds his hands ful
Read more

The Bridge That Went Nowhere by Robert L. Fish 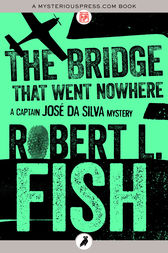 A search for an American's missing brother draws Da Silva into the jungle In a blighted stretch of the Amazon, three men have come to blow up a bridge. Just before they complete their mission, one of them turns on the others, gunning one down and burying the other with the force of the explosion. He is stepping into his getaway plane when he notices that the first man's body is gone. It doesn't matter, he thinks. An injured man could not last a day in the jungle. When a daffy young American comes to Rio de Janeiro in search of her missing brother, Captain JoséDa Silva does his best to stay out of it. But when her search draws her into the mystery of the bridge that went nowhere, Da Silva will have to risk a jungle expedition of his own to save her life. Buy The Bridge That Went Nowhere
Read more
More posts